October 11, 2015 | By a Minghui correspondent from Heilongjiang Province, China

(Minghui.org) After suffering 10 years of abuse in a prison, Mr. Shang Xiping was released on September 6, 2015. Mr. Shang was a police inspector and deputy director of the Sandaogou Police Station (part of the Huanan Forestry Police Department) before he was fired for practicing Falun Gong. 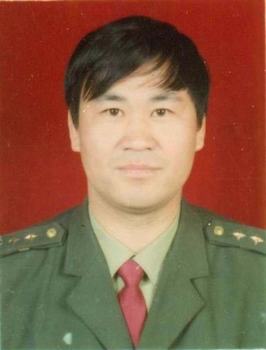 He was sentenced to prison twice, held in a forced labor camp once, and detained six times for his belief since 1999.

During his most recent decade-long prison term, he was first held in Xianglan Prison, then Lianjiangkou Prison in Jiamusi, and finally in Hulan Prison. Before his release, the prison tried to force him to sign a statement stating that he would give up his belief in Falun Gong. Mr. Shang refused and said, “I did not give up for all these years. I will not give up now.”

His family was notified of his release from the Hulan Prison. An officer from the local 610 Office signed the notice, allowing them to pick up Mr. Shang.

Ms. Cheng was arrested for distributing fliers with information about the ongoing persecution of Falun Gong practitioners on March 19, 2014. The Huanan Forest Court sentenced her to four years on August 8, 2014. She was imprisoned, coerced to give up her belief in Falun Gong, and suffered mental abuse in Harbin Woman’s Prison.

She was imprisoned five times between 1999 and 2006 for practicing Falun Gong. The authorities also extorted around 30,000 yuan from her family.