(Minghui.org) As the New Year arrived, more petitions were received in many places across China, supporting the lawsuits against Jiang Zemin for persecuting Falun Gong. Meanwhile, a large number of banners and posters were seen in supportive of the lawsuits or calling for an end to the suppression.

These people have various reasons on why they think Jiang should be brought to justice for persecuting Falun Gong. Below are some examples:

“Some of my friends and neighbors are practitioners. Falun Gong have changed them for better.”

“After practitioners told me to recite ‘Falun Dafa is good’ and ‘Truthfulness-Compassion-Forbearance is good’, I followed their advice and my life is much better now.”

“The suppression [of Falun Gong] is horrible and crazy, especially organ harvest from living practitioners.”

“It is everyone’s responsibility to help the innocent and safeguard the justice.”

Between October 10 and December 10, a total of 3,920 petitions were received from Shenzhou City, Hebei Province. Addressed to the Supreme Procuratorate, these documents highlight the illegal activities conducted by Jiang, especially in the persecution of Falun Gong.

Many people were excited about this. “Jiang should have been arrested a long time ago—he did so many bad things and disgraced our nation,” commented one person.“Let us know when he [Jiang] is on trial. I will buy many fireworks to celebrate!” another person remarked.

In addition to Shenzhou, 221 residents in Tangshan City and 138 in Liangcun Development Zone near Shijiazhuang signed petitions in favor of the lawsuits. Both of these places are in Hebei Province. 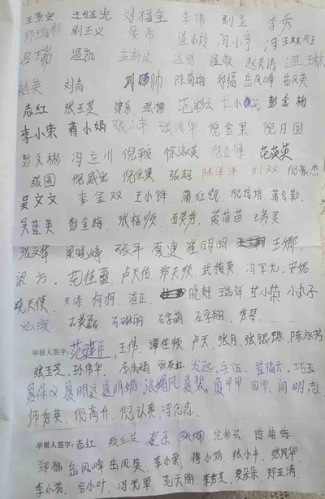 Petitions were also received at places in Shandong Province: 208 from Dezhou City and 303 from Dongying City. 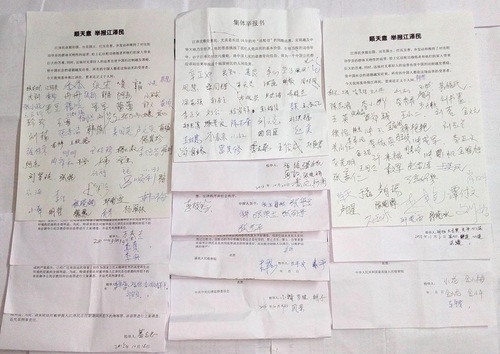 303 signatures from a major company in Dongying City, Shandong Province 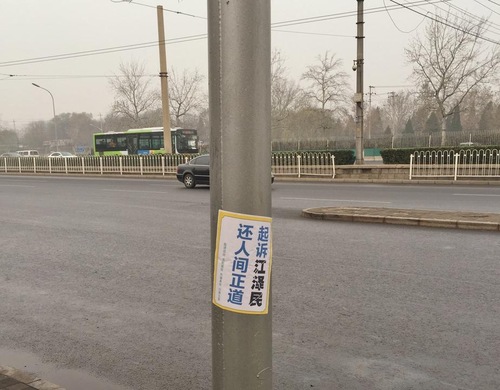 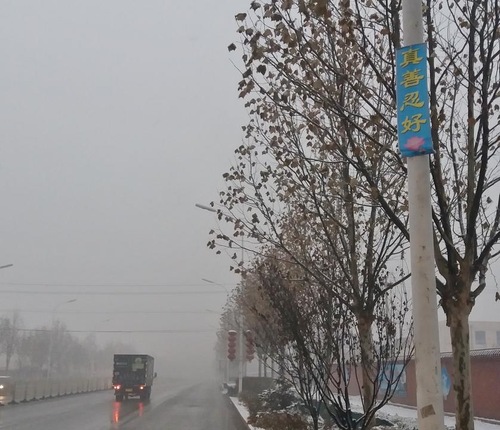 A banner at Tongzhou District in Beijing reads, “Truthfulness-Compassion-Forbearance is good.”