(Minghui.org) Bucharest, the capital of Romania, experienced a blizzard on January 17, 2016. The temperature dropped to minus six degrees celsius. Strong wind mixed with snow buffeted pedestrians and passing vehicles.

Despite the storm, a group of Falun Gong practitioners peacefully gathered in front of the Chinese Embassy. They wished to raise awareness of the Chinese communist regime’s 16-year-long persecution of Falun Gong, a spiritual practice which follows the principles of Truthfulness-Compassion-Forbearance.

They also expressed their support for the more than 200,000 Chinese Falun Gong practitioners and their families who have filed lawsuits against Jiang Zemin, the former Chinese dictator who initiated and directed the persecution. 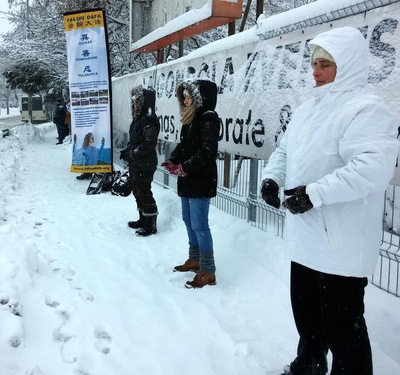 Practitioners in Romania peacefully do the Falun Gong exercises in the snow. 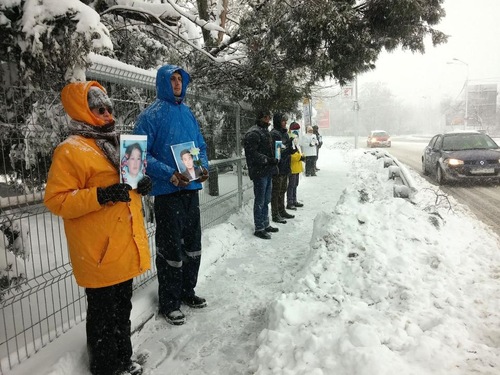 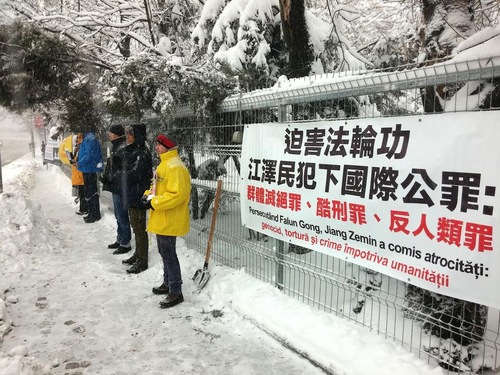 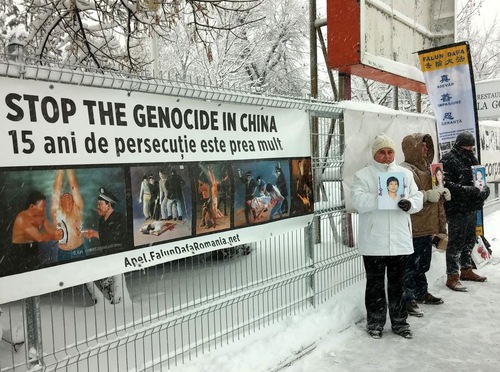 Every week, practitioners do the exercises and spread the Fa at the lake in Herastrau Park. The Chinese Embassy is across the lake. Over the years practitioners have persistently and peacefully protested the regime’s persecution of Falun Gong, despite all manner of hardships and bad weather.

Their steadfast efforts have helped many Romanians learn about the Chinese communist regime’s brutality in persecuting Falun Gong. Like people all around the world, Romanians condemn the regime’s atrocities and are signing the petition to support Falun Gong practitioners’ efforts to end the persecution.